Det. Kevin Fagaldie uses various software tools to recover evidence from data files accessed at his workstation at the Silicon Valley Regional Computer Forensics Lab. Officials with the FBI and local law enforcement unveiled and gave a behind the scenes look at their new multi-million dollar facility in the heart of silicon valley. The lab recovers digital evidence in a way that is legally acceptable to the courts. A recent case of Missouri woman accused of cutting a fetus from her victim was solved by a digital forensics team tracking down internet messages on a computer.--Photo ©2005 by Kim Kulish 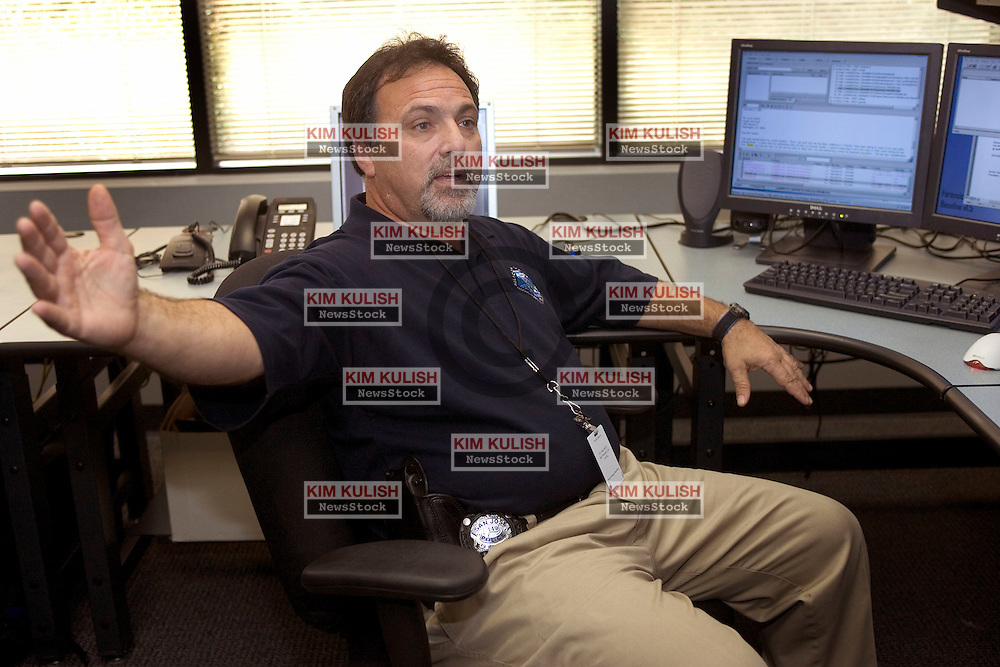