Carol Bartz, Chairman of the Board, President, and CEO Autodesk was the guest speaker at the Computer History Museum September 13, 2005 in Mountain View Calif. Bartz's conversation with veteran Silicon Valley author and journalist Michael Malone, chronicled her rise as one of the most powerful Silicon Valey executives. Her company announced on Oct. 4, 2005, that it has signed a definitive agreement to acquire 3D graphics developer Alias for $182 million in cash. Photo by Kim Kulish/ 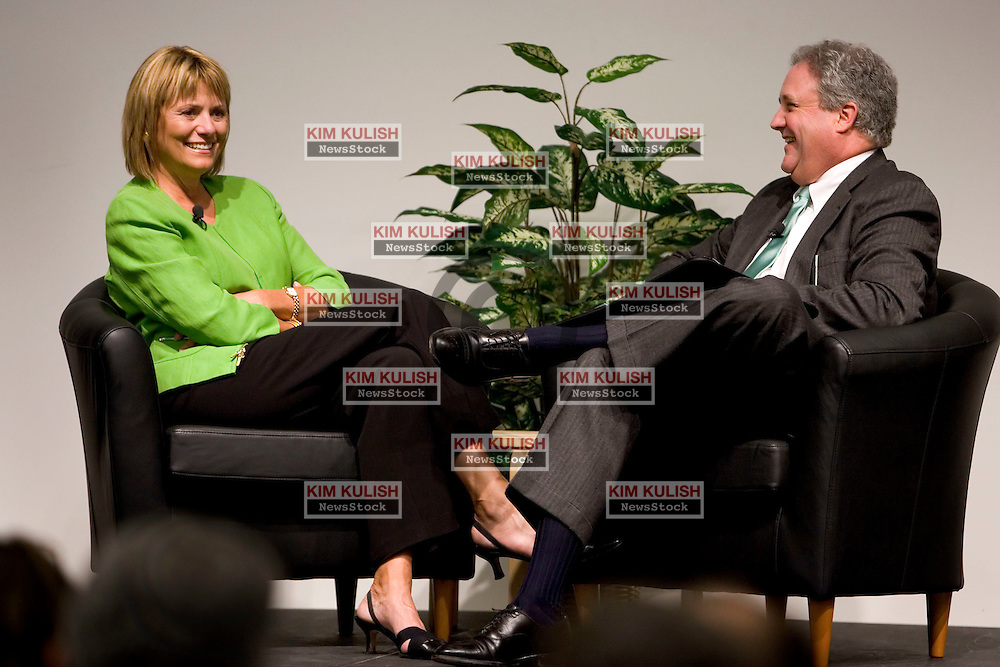