Members of the band Cheap Trick, (L-R), Robin Zander and Rick Nielsen,, perform to kick-off the launch of Microsoft SQL Server 2005 , Visual Studio 2005 and the upcoming release of BizTalk Server 2006 in San Francisco Nov. 7, 2005. The new versions of its popular software for helping companies house large amounts of data is one of the first in a series of product launches that the company is hoping will bolster its competitive edge. Photo by Kim Kulish 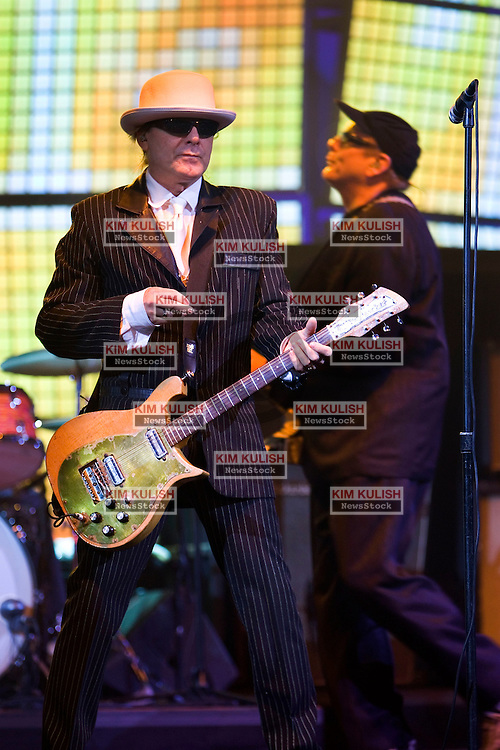