Apple Computer Inc. Chief Executive Officer Steve Jobs (L) shakes hands with Stan Sigman, chief executive officer of Cingular Wireless LLC, after introducing the new iPhone in San Francisco, California, January 9, 2007. Apple unveiled an eagerly-anticipated iPod mobile phone with a touch-screen on Tuesday, priced at $599 for 8 gigabytes of memory, pushing the company's shares up as much as 8.5 percent. Jobs said the iPhone, which also will be available in a 4-gigabyte model for $499, will ship in June in the United States. The phones will be available in Europe in the fourth quarter and in Asia in 2008. Photo by Kim Kulish 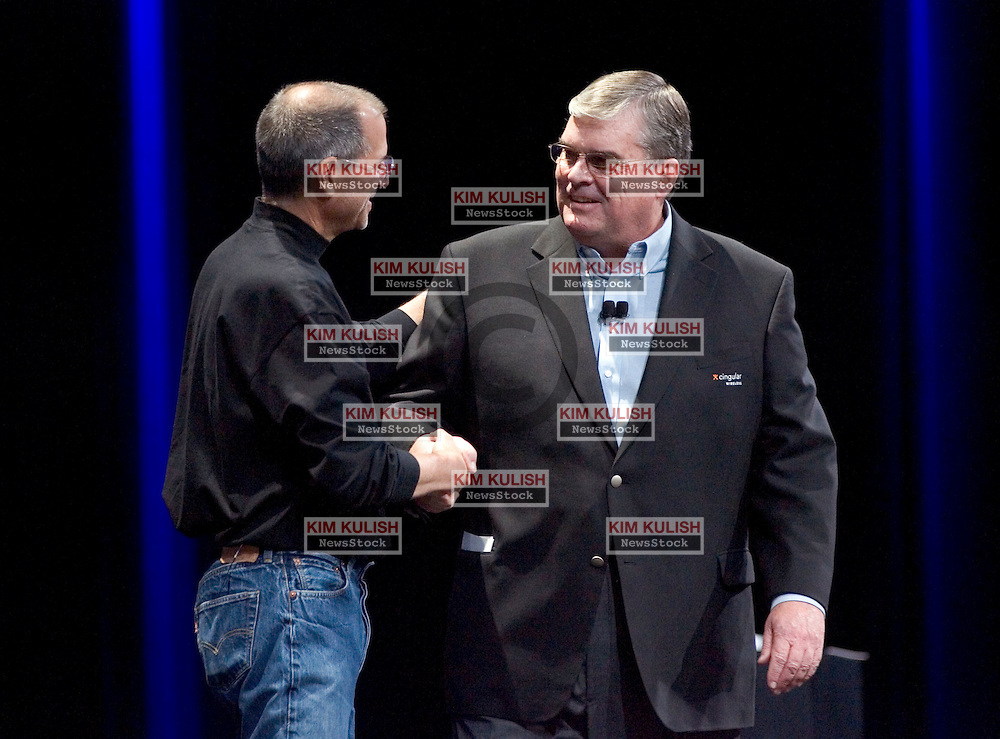