In 1939, David Packard and William Hewlett launched Hewlett-Packard out of a 12-by-18-foot garage on a leafy street in Palo Alto, Calif. The spot is considered by some as the birthplace of Silicon Valley. In 2000, HP bought the Palo Alto lot, house, garage and shed for a reported $1.7 million. On Dec. 6, the tech company celebrated the completion of its effort to restore the buildings to their appearance in 1939 and allowed the public to tour the site over the weekend. View of the workbench in the garage. .Photo by Kim Kulish 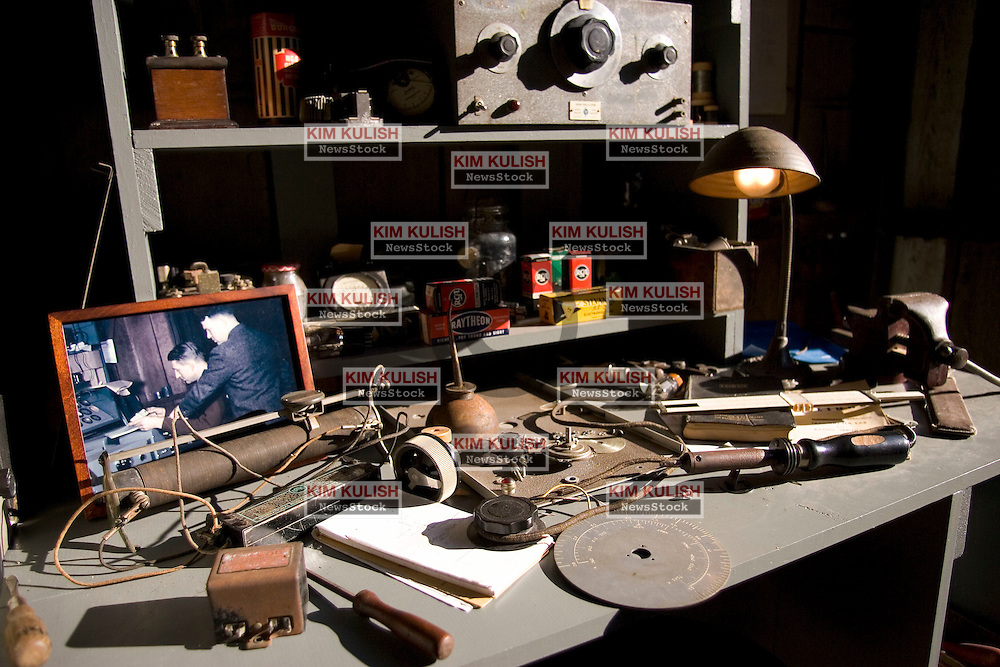